Do you need to go to Provincial (Family) Court or Supreme Court?

Because of COVID-19, many conferences, hearings, and proceedings are being held by phone or videoconference at this time. For more information, see:

First of all, think about whether you actually need to go to court. It can be expensive and stressful. Many couples get help to solve their family law issues without going to court. See Making an agreement after you separate and Who can help you reach an agreement? for more information.

Sometimes you don't have a choice

Sometimes you don't have a choice about which court you go to. For example, if you want to change an order that's already in place, you usually have to go back to the same court where the order was made. Get legal help if you want to go to a different court.

The first table shows you which court you have to go to for certain types of problems. The second one shows you some differences between the courts.

Which court do you go to?

The benefits of using both courts

Sometimes it's better to use both courts but for different things. For example, you could:

Using both courts like this might save you money and time, especially if you and your spouse agree about doing things this way.

But sometimes dealing with two different courts just makes things harder. For example, things can get complicated if you ask more than one court to deal with parenting and support issues.

Do you need more help deciding where to file your case?

See Where to go and Who to call to find out who can help you.

Some terms in the Divorce Act will change on March 1, 2021

Effective March 1, 2021, the federal Divorce Act will use terms similar to those in the BC Family Law Act.

Which court to go to?

Leila explains how she and her ex decided which court to take their family issues to in our illustrated short story, Which court to go to? 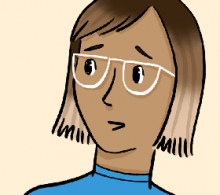