If your spouse is harassing you through the courts

If you have a family law case, the other person (usually your former spouse) might try to use the legal system to harass (bother) or abuse you.

There are many ways the other person (the law calls them the other party) could try to do this. They might:

See Court-related abuse and harassment by the YWCA for more examples of harassment through the courts or legal system.

If someone is harassing you in this way, contact the court and tell them:

Most harassment happens in private, so you probably won't have any witnesses who can support your side of the story in court.

Fill out an Affidavit — General (Form 45) with as much detail about the harassment as you can. If possible, ask a friend or advocate to help you. The form tells you what to do once you've filled it out.

You might be able to get free legal help. See Serious family problems and What is legal aid? to find out more.

What can the court do?

A judge has several ways to deal with someone who's using the legal system to harass you. They can:

Judges in Provincial Court and Supreme Court can both make these kinds of orders.

If you think the other person might hurt you or your children, you might need a protection order. See Criminal or family law orders for protection to find out more about this.

You're stronger and more resilient than you think.

When behaviour is abuse 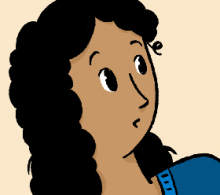