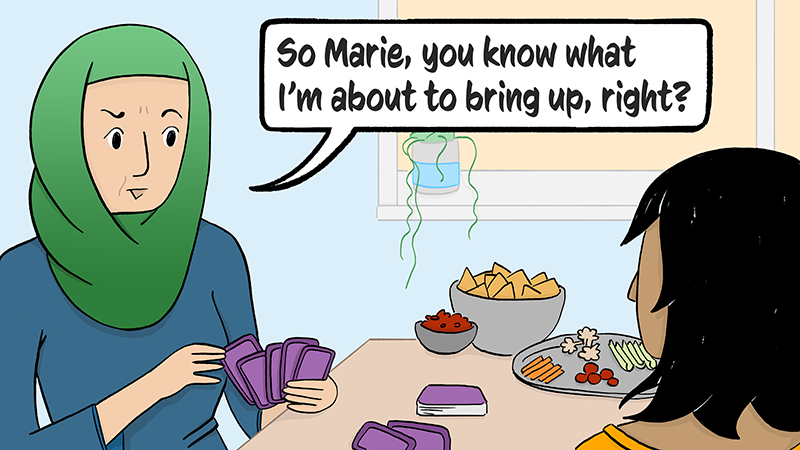 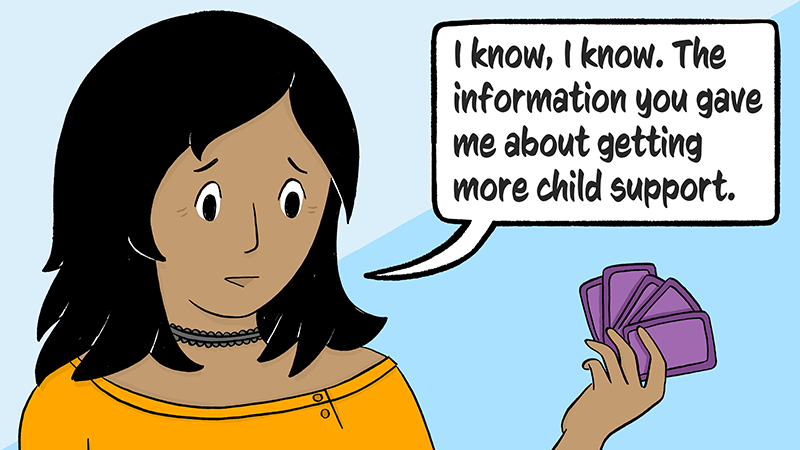 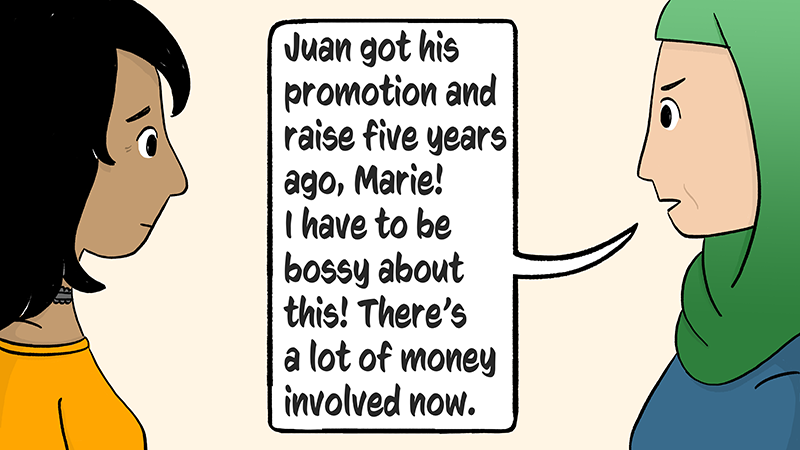 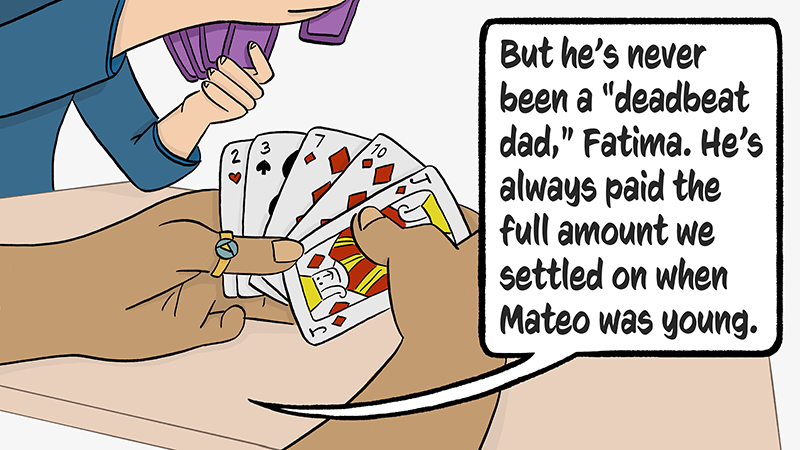 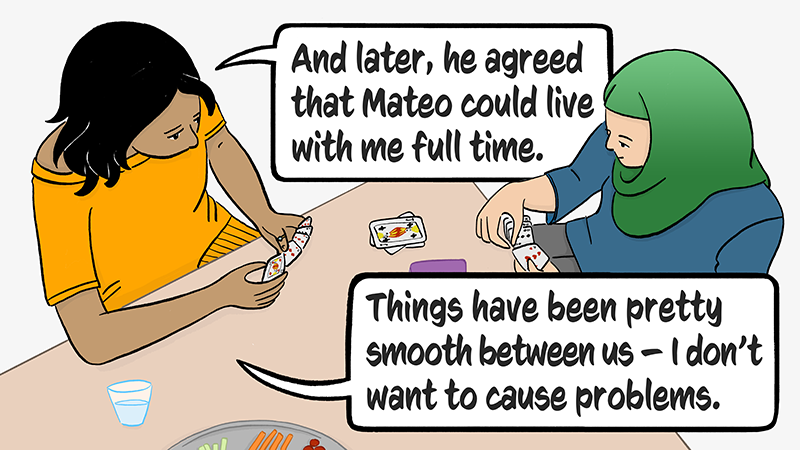 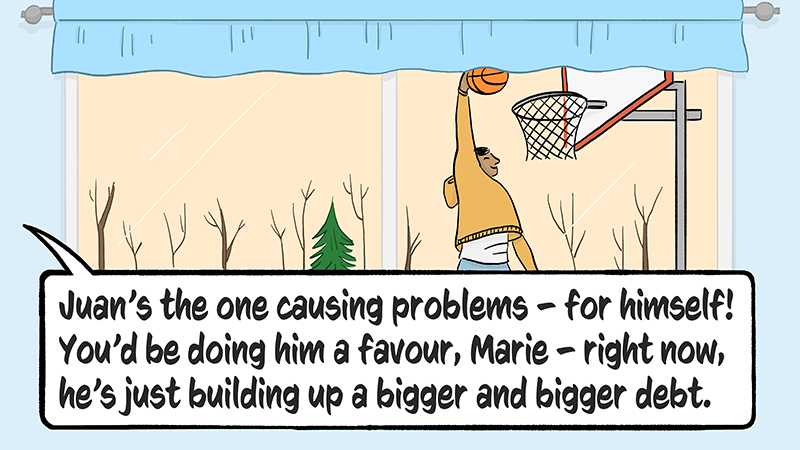 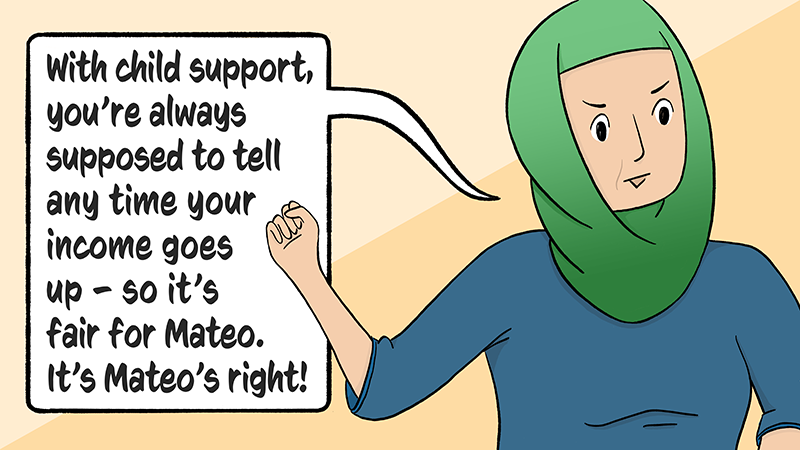 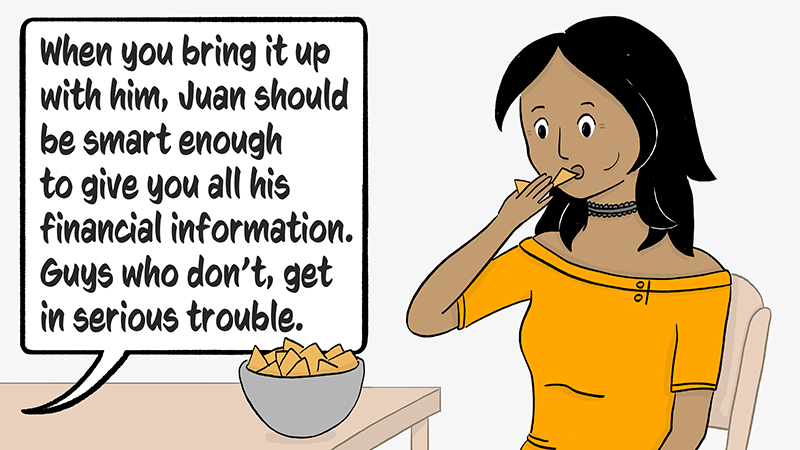 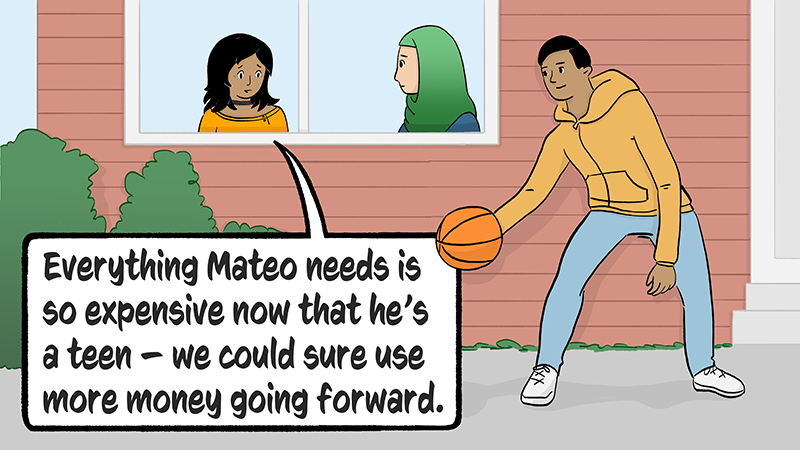 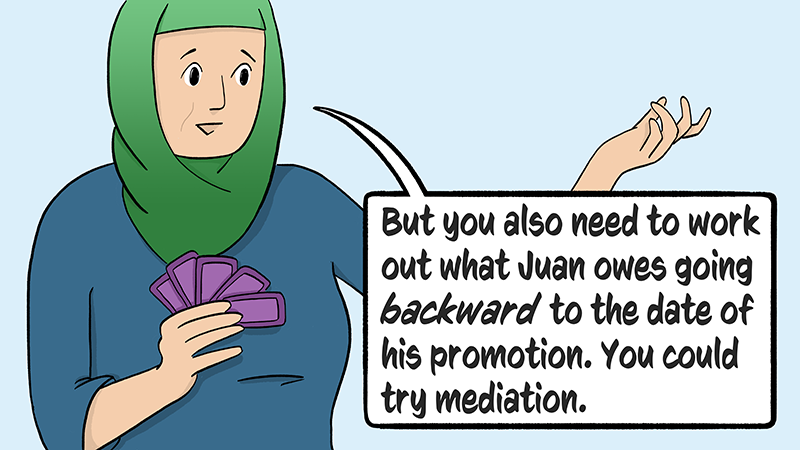 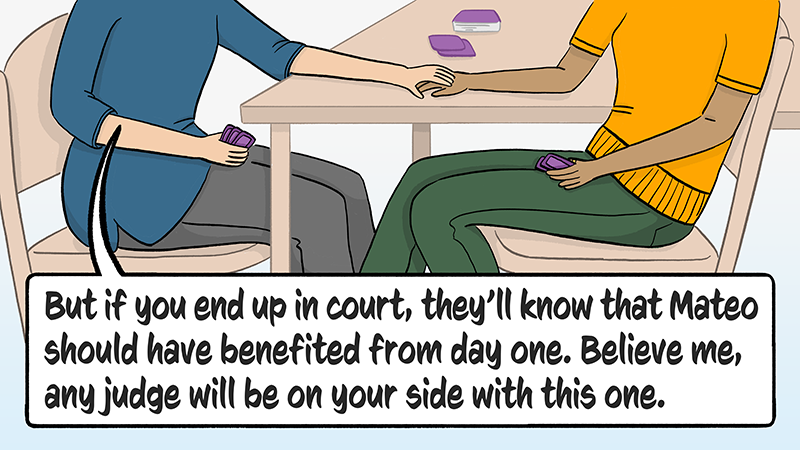 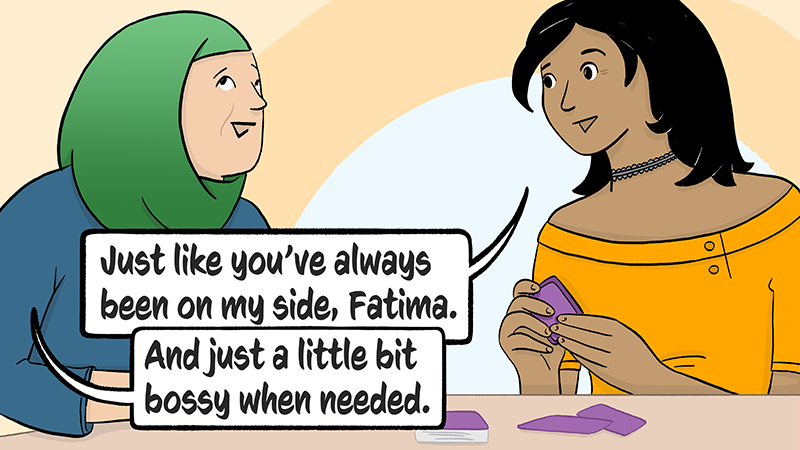 How do you change an agreement

Describes how to change an agreement that was made after separation to deal with issues such as support. Includes information on when to file a changed agreement with the court.

Panel 1: Marie and Fatima sitting at kitchen table, playing cards
Fatima (firmly): So Marie, you know what I’m about to bring up, right?

Panel 2:
Marie: I know, I know. The information you gave me about getting more child support.

Panel 3:
Fatima: Juan got his promotion and raise five years ago, Marie! I have to be bossy about this! There’s a lot of money involved now.

Panel 4:
Marie: But he’s never been a “deadbeat dad,” Fatima. He’s always paid the full amount we settled on when Mateo was young.

Panel 5:
Marie: And later, he agreed that Mateo could live with me full time. Things have been pretty smooth between us ― I don’t want to cause problems.

Panel 6: Mateo is shown outside the window playing basketball
Fatima: Juan’s the one causing problems – for himself! You’d be doing him a favour, Marie – right now, he’s just building up a bigger and bigger debt.

Panel 8:
Fatima: When you bring it up with him, Juan should be smart enough to give you all his financial information. Guys who don’t, get in serious trouble.

Panel 9: Mateo is shown outside the window playing basketball
Marie: Everything Mateo needs is so expensive now that he’s a teen ― we could sure use more money going forward.

Panel 10:
Fatima: But you also need to work out what Juan owes going backward to the date of his promotion. You could try mediation.

Panel 11: Fatima holds Marie's hand
Fatima: But if you end up in court, they’ll know that Mateo should have benefited from day one. Believe me, any judge will be on your side with this one.

Panel 12:
Marie: Just like you’ve always been on my side, Fatima.
Fatima (smiling): And just a little bit bossy when needed.