Dez explains what the early resolution process (in Surrey and Victoria) is all about. 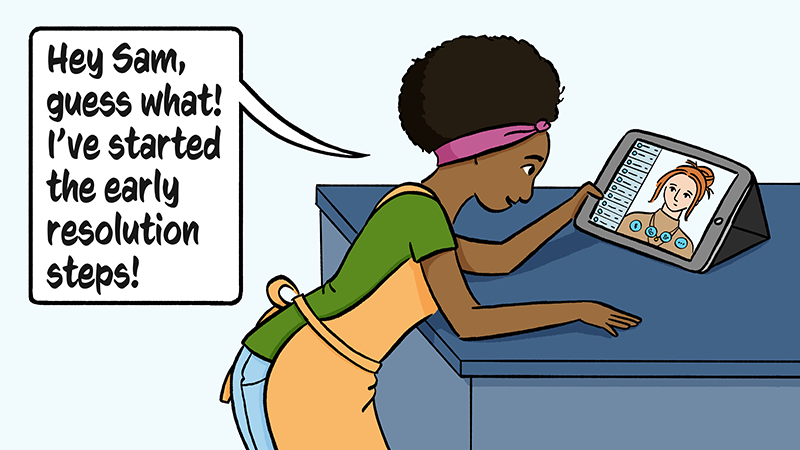 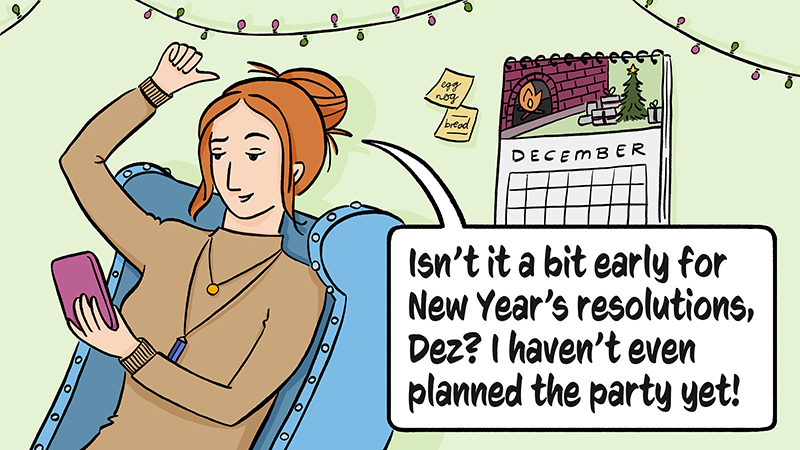 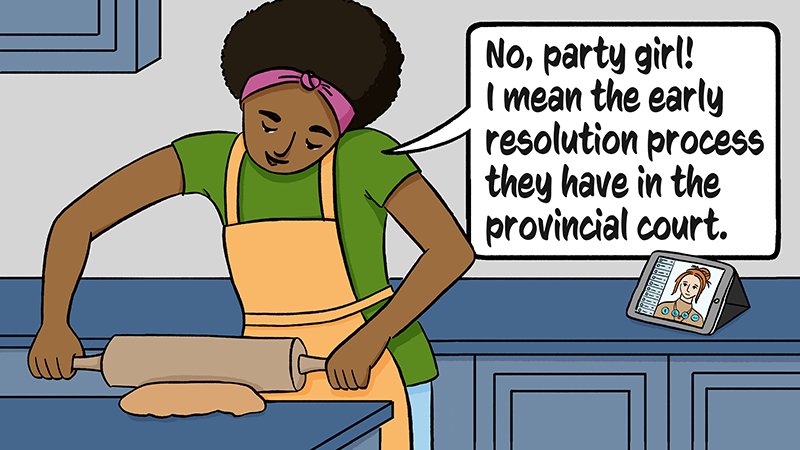 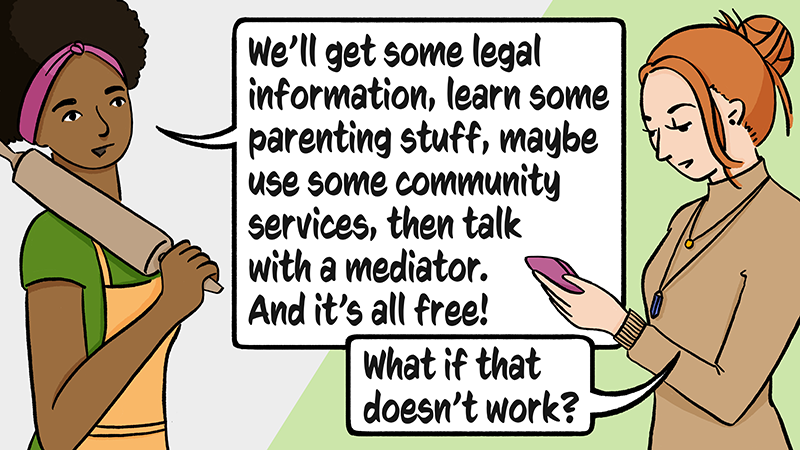 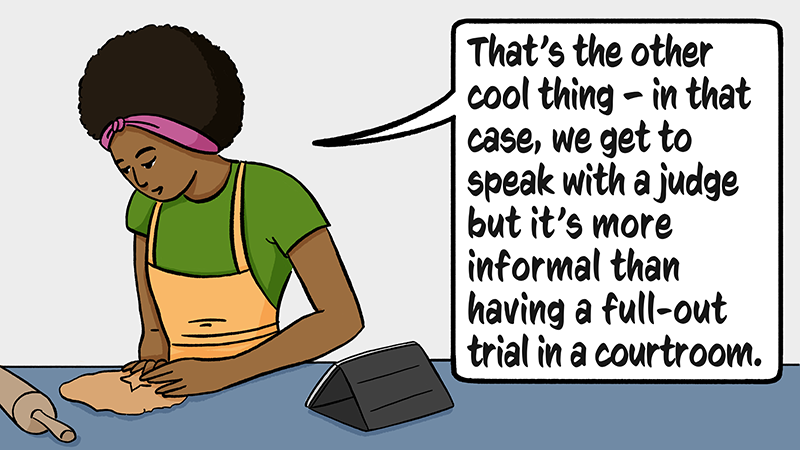 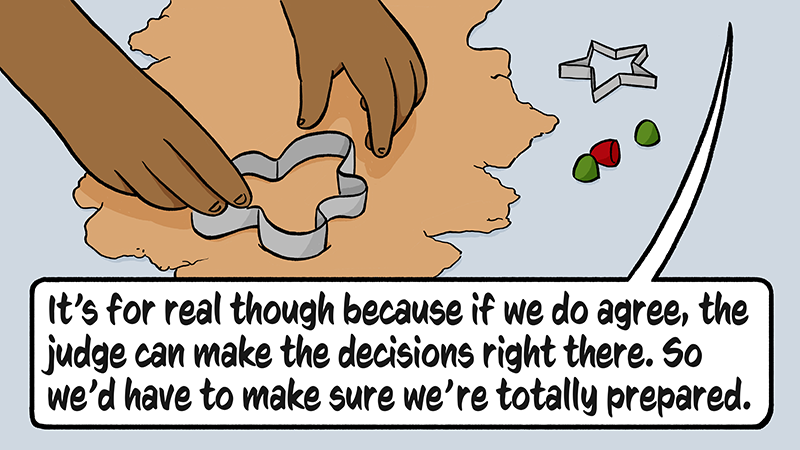 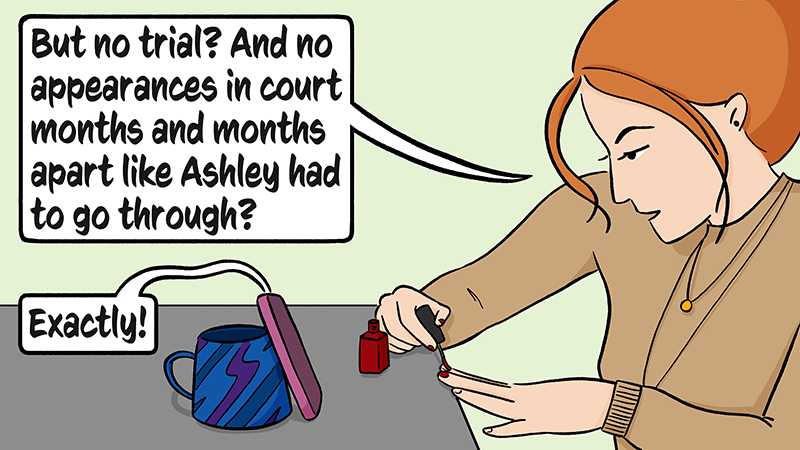 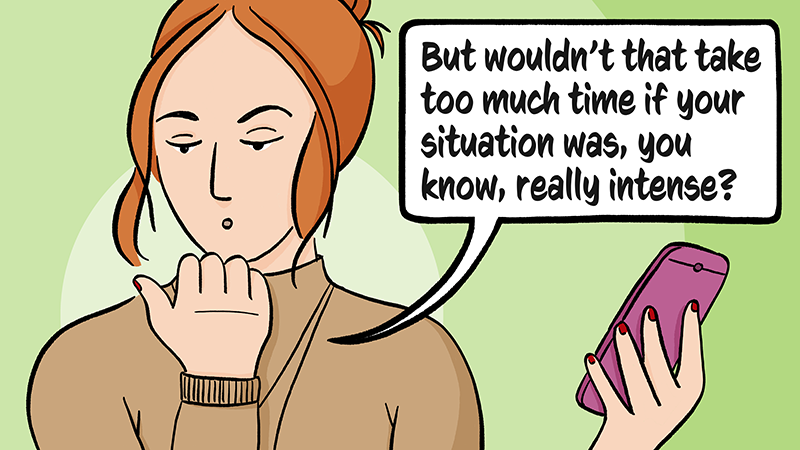 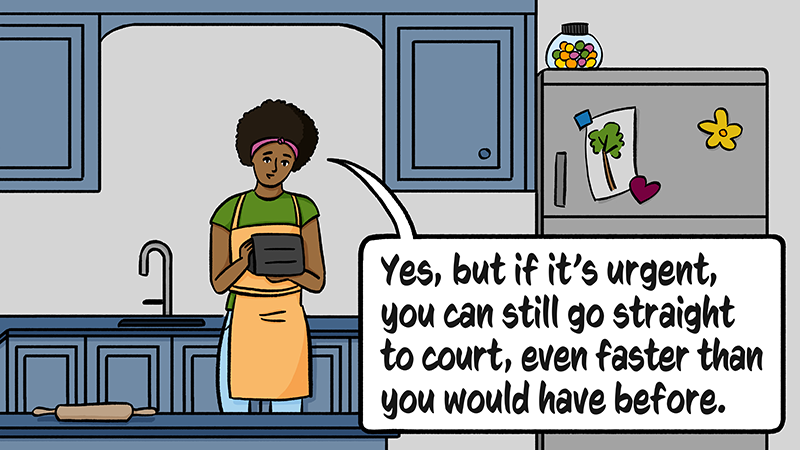 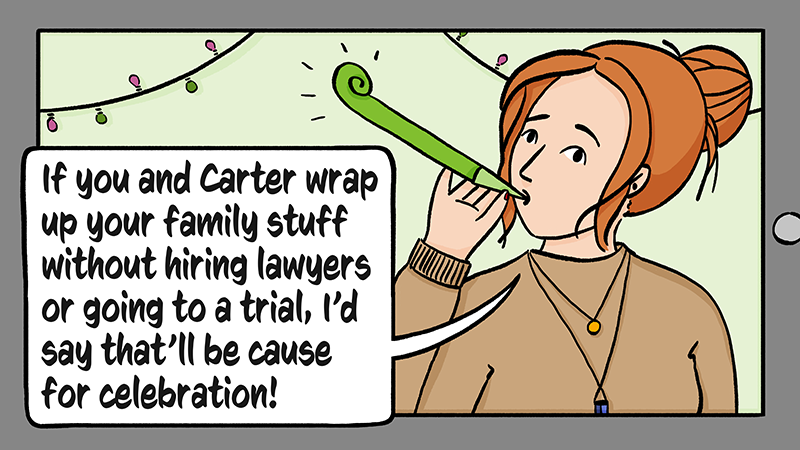 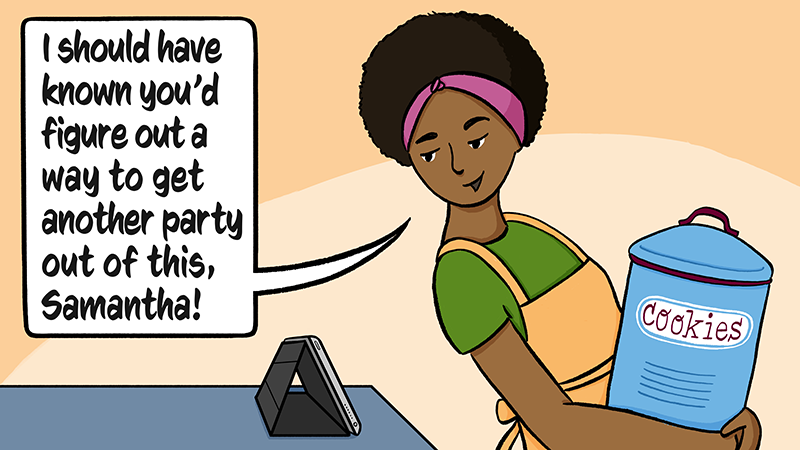 Surrey and Victoria Family Court
Explains how anyone who wants to resolve a family dispute in Surrey or Victoria Provincial (Family) Court is able to use different procedures than in the rest of BC.

Panel 2: Cami on phone with December calendar and Christmas lights on wall behind her
Cami: Isn’t it a bit early for New Year’s resolutions? I haven’t even planned the party yet!

Panel 3: Dez rolling dough with daughter
Dez: No, party girl! I mean the early resolution process they have in the Surrey provincial court.

Panel 4: Dez: Carter and I are getting help to work out our parenting arrangements without having to go to court.
Cami: What kind of help?

Panel 5: Dez: We’ll get some legal information, learn some parenting stuff, maybe use some community services, then sit down with a mediator. And it’s all free!
Cami: What if that doesn’t work?

Panel 6: Dez presses Christmas cookie cutter into dough
Dez: That’s the other cool thing – in that case, we get to meet with a judge, but we just sit around a table instead of having a trial in a courtroom.

Panel 7: Dez: It’s for real though because if we do agree, the judge can make the decisions right there. So we’d have to make sure we’re totally prepared.

Panel 8: Cami painting fingernails, sitting at table
Cami: But no trial? And no appearances in court weeks and weeks apart like Bailey had to go through?
Dez: Exactly!

Panel 9: Cami blowing on fingernails
Cami: But wouldn’t that take too much time if your situation was, you know, really intense?

Panel 10: Dez: Yes, but if it’s urgent, you can still go straight to court, even faster than you would have before.

Panel 11: Cami holding party noisemaker
Cami: If you and Carter wrap up your family stuff without hiring lawyers or going to a trial, I’d say that’ll be cause for celebration!

Panel 12: Dez: I should have known you’d figure out a way to get another party out of this!