A child’s right to support

Marie learns that her son is entitled to financial support from his father. 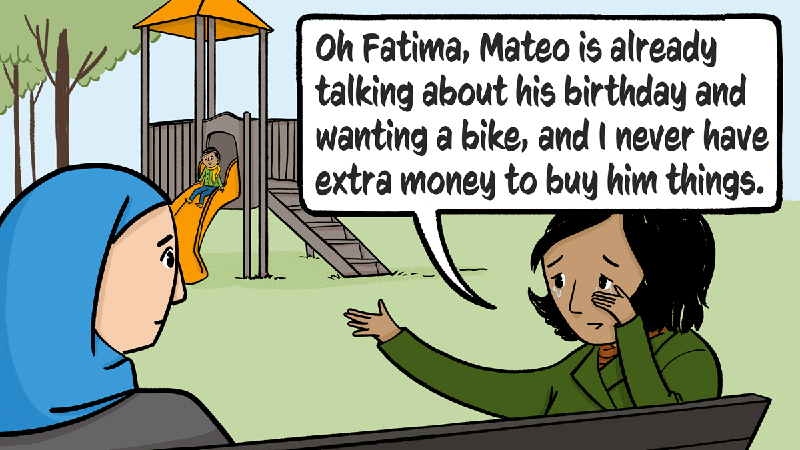 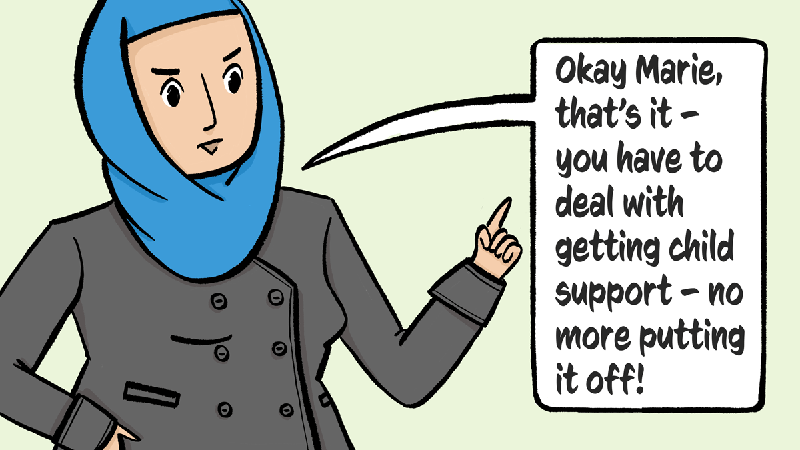 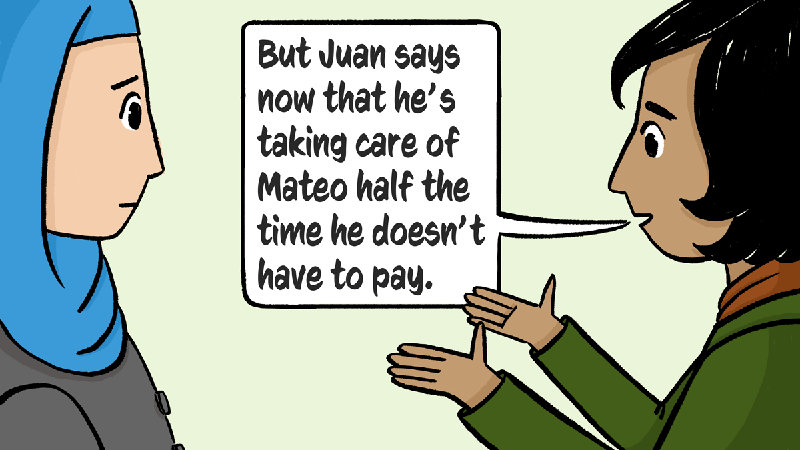 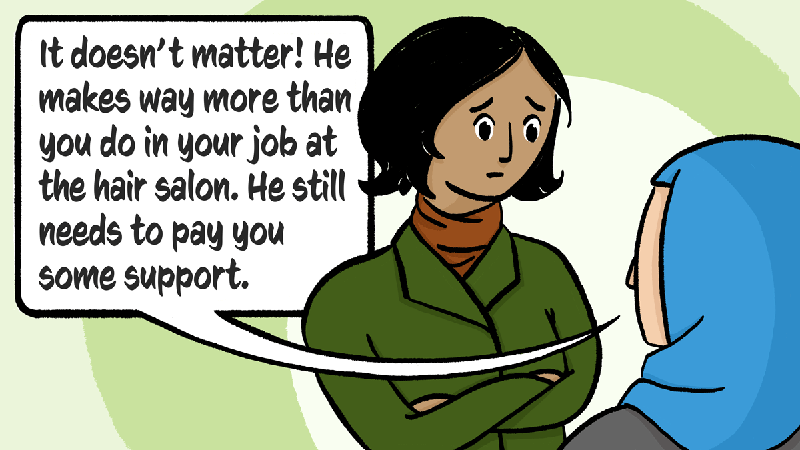 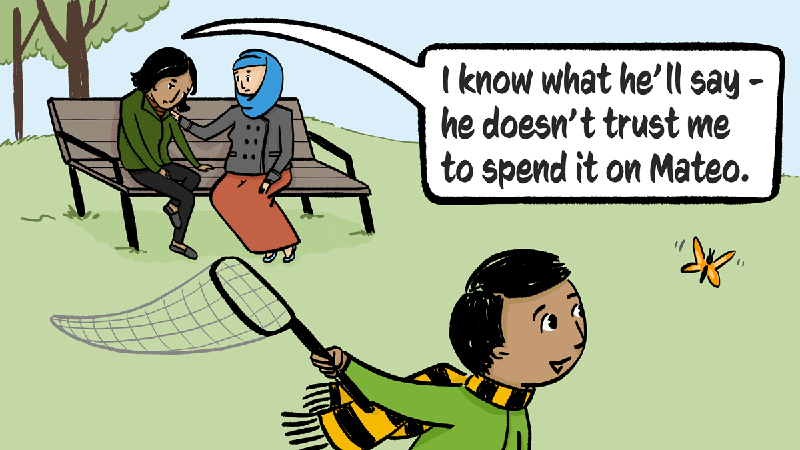 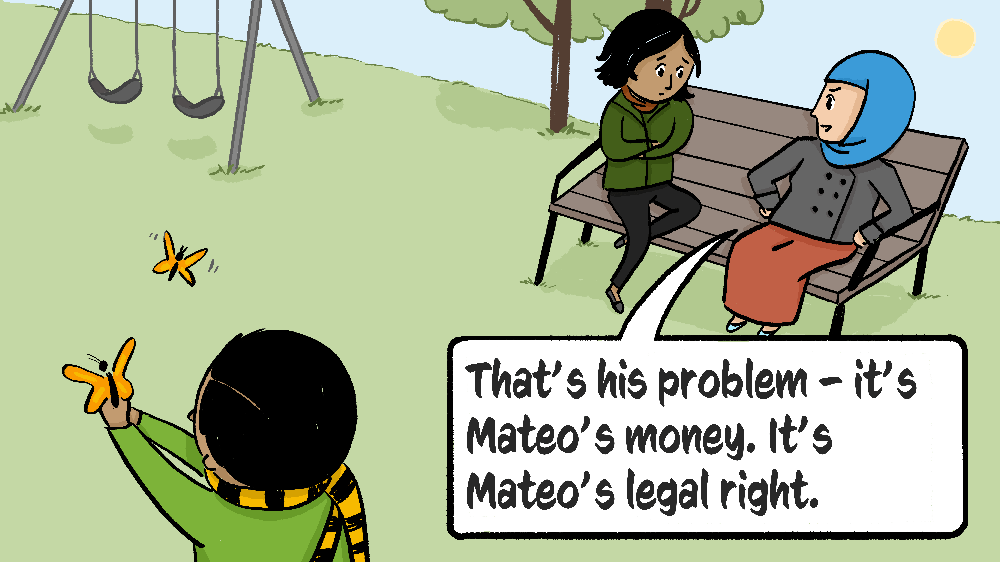 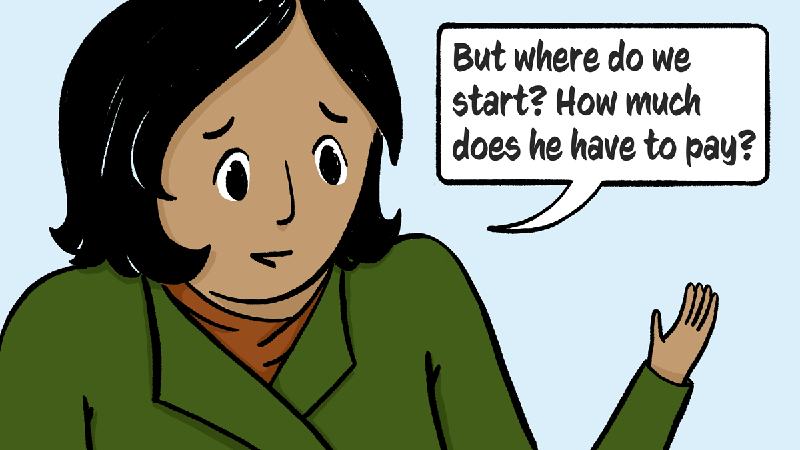 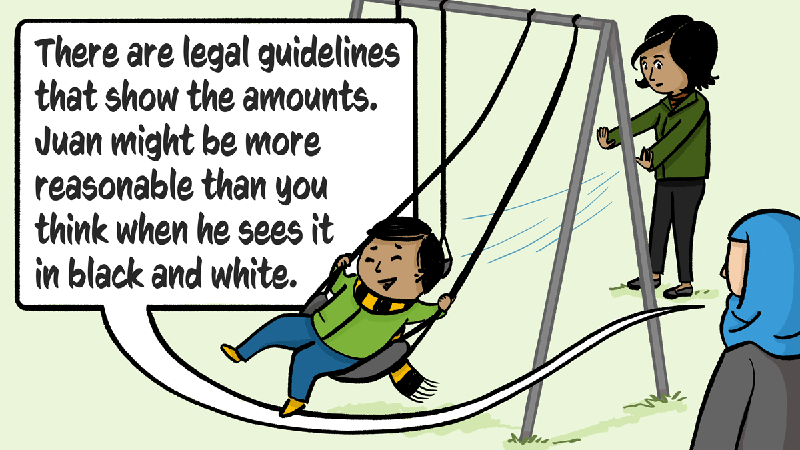 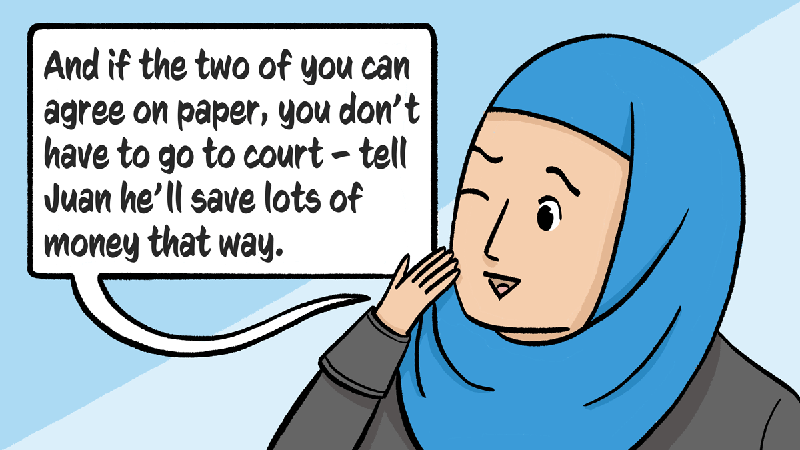 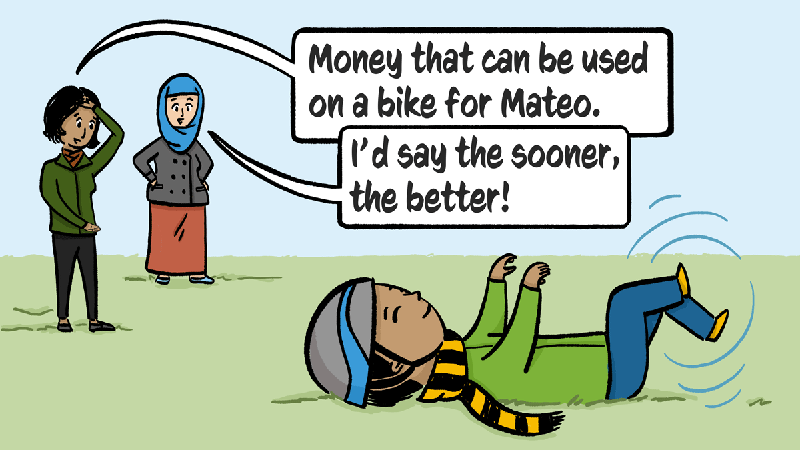 Living Together or Living Apart
Explains the basics of family law in BC, separation and divorce, and how to work out child and spousal support

Panel 1: Marie and Fatima sitting on the bench at a playground, Marie crying
Marie: Oh Fatima, Mateo is already talking about his birthday and wanting a bike, and I never have extra money to buy him things.

Panel 2: Fatima stands up, looking upset
Fatima: Okay Marie, that’s it – you have to deal with getting child support – no more putting it off!

Panel 3:
Marie: But Juan says now that he’s taking care of Mateo half the time he doesn’t have to pay.

Panel 4:
Fatima: It doesn’t matter! He makes way more than you do in your job at the hair salon. He still needs to pay you some support.

Panel 5: Fatima comforts Marie while Mateo chases butterflies
Marie: I know what he’ll say – he doesn’t trust me to spend it on Mateo.

Panel 7:
Marie: But where do we start? How much does he have to pay?

Panel 8: Marie pushing Mateo on the swings with Fatima standing nearby
Fatima: There are legal guidelines that show the amounts. Juan might be more reasonable than you think when he sees it in black and white.

Panel 9:
Fatima: And if the two of you can agree on paper, you don’t have to go to court – tell Juan he’ll save lots of money that way.

Panel 10: Marie and Fatima watch Mateo laying on his back, pretending to ride a bike
Marie: Money that can be used on a bike for Mateo.
Fatima: I’d say the sooner, the better!